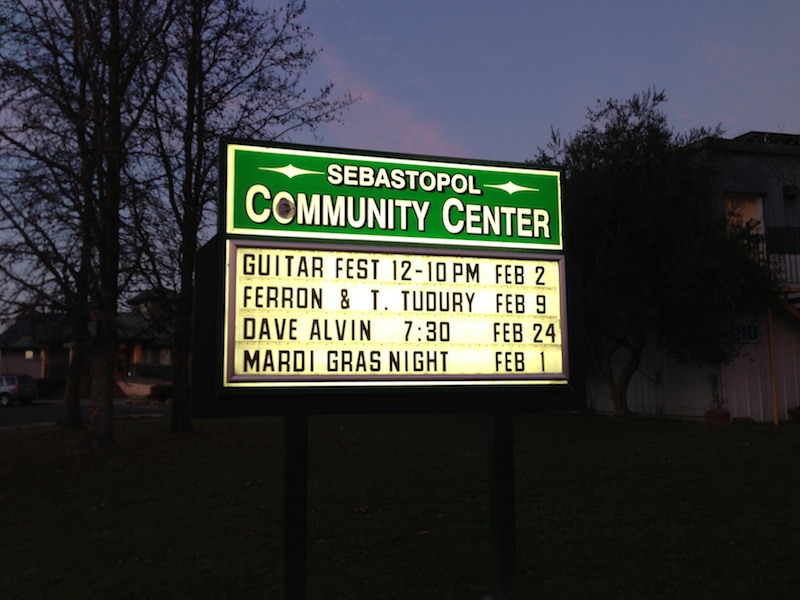 Woodworking is about passion and guitar making is a form of that passion. Woodworking is challenging enough but building a guitar requires making something out of wood that not only looks good but also sounds good.

Kevin Russell is a musician and show promoter who lives in Seabastopol Calif. Kevin is so passionate about guitars that he decided to stage the first Sebastopol Guitar Festival.

Two of my fellow band members from “The Bench Doggs” are none other than Tom Ribbecke who is an incredible arch top guitar maker and Larry Robinson, one of the finest inlay artisits in the country, so I had to go out there and check out the festival to see what my friends were up to.

Larry had some of his instruments on display and I am always inspired everytime I see his work. Take a look at the amazing detail work that Larry put into his “Nouveau Guitar”.

Tom Ribbbecke, Master Luthier, and his shop foreman Stuart Day were on hand to answer questions about the amazing qualities of the arch top guitars they build. Tom has been designing and building guitars for over forty years. His craftsmanship and innate skills result in guitars best described as “extraordinary” and exceeding all expectations.

My friends Richard Prenkert and John Knutson also had their guitars on display as well as many other great guitar makers.

The Festival had a down home, relaxed feel to it. Guitar makers shared their creations with fellow makers, friends and guitar enthusiasts as well as others that were new to this genre and curious to see what is was all about.

I was fortunate to be able to capture some of the sounds of the festival when I walked into one of the display rooms. John Knutson, and Bill Iberti were taking a break from exhibiting their work and found themselves playing some music with another musician. The wonderful melodies captured the attention of all that were within earshot. 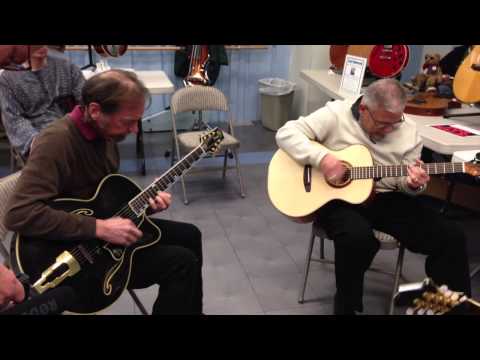 Tom was asked to lead a panel discussion about what it takes to earn a living as a guitar maker. Some of the people that work with Tom were on hand to talk about their work as well as Robert Lee, another guitar maker who owns his own company.

Master Guitarist Mike Dowling performed on stage and was captured in this brief video by Master Luthier Bruce Sexauer: 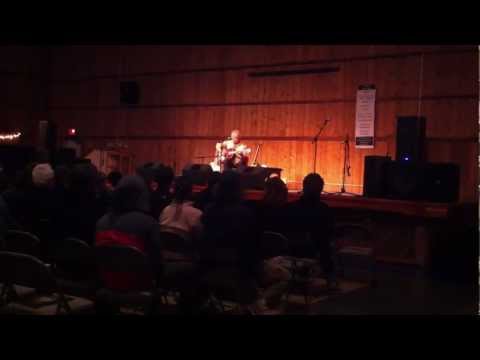 A great time was had by all. Tom, Maegen, Stuart, myself and Larry were captured in this photo at the end of the Festival.

Larry will be teaching a class at my woodworking school here in Santa Rosa, CA on Shell Inlay on March 23 & 24, 2013. For a full class description and registration in, go the Classes Section of my website: Classes Page

Here is the link to the Bench Doggs website where you can see me, Larry, Tom, and Chet playing rock & roll: The Bench Doggs